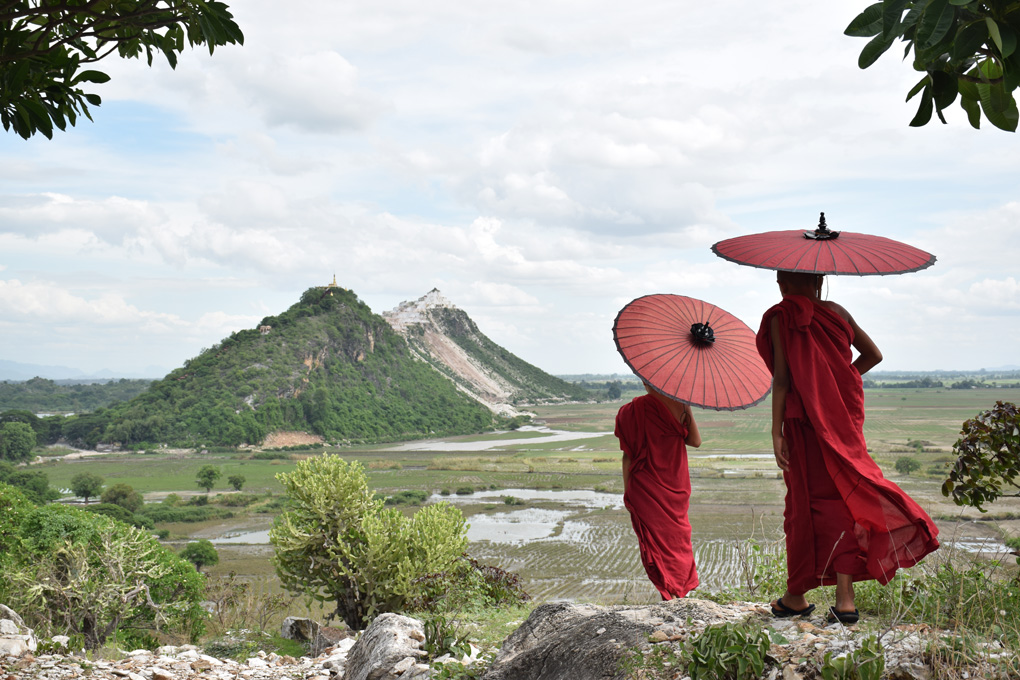 Sa Gyin village is renowned for the quality of its marble stone production which lies one hour drive (45km) from Mandalay. Sa Gyin means marble in Myanmar. The village in which there are marble quarries, called Sa Gyin Village. The village is in flat land and surrounded by many hills. From all hills local villagers produce beautiful marble. Hundreds of quarries, some are at the base and some are at the top of the hills.

Marble collectors and craftsmen says that as long as there is marble stone and demand for Buddha statues, their livelihood will remain profitable.
The whole family is involved, the men hammer and chisel the stone and women polish the finished statues. Along the road to the village and around the hill where there is quarry, worker can be seen plying their trade, their faces covered in the thick marble powder. Some workers wear masks to protect from plumes of dust, some are not.
Different kinds of marble stone products trade with China, Thailand, Vietnam and Taiwan.

U Bein Bridge Amarapura– The longest wooden bridge in the world