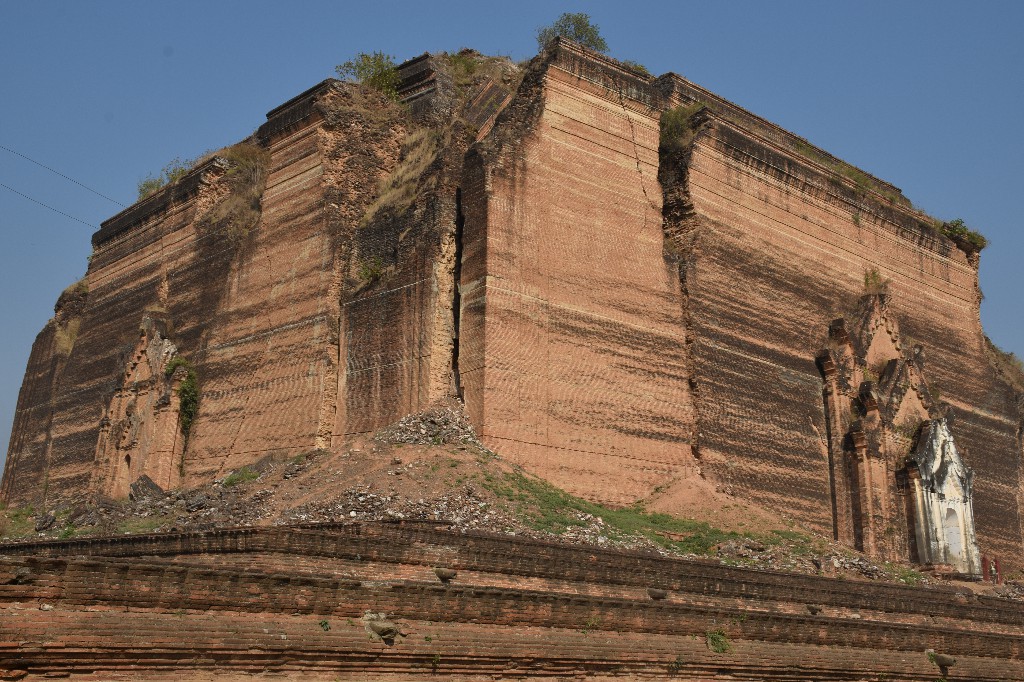 When the pagoda had reached 50 meters high, one third of the intended height, the construction was stopped. There were probably several reasons why the project stopped. One of the reasons due to an astrologer prophecy, once the temple was finished; the king would lose power and die. King Bodawpaya decided to stop construction as he was not well; he was tried for spending lot of time and money. Many labor worked for the construction for many years. Main labor is slaves from War. It would have another difficulty to get enough labor as many of slaves escaped. There may also have technical difficulties with the construction due to massive size of the temple.
It was hit by earthquake in 1839 left huge cracks at 4 side of the temple. Again was hit by strong earthquake in November 2012. Nowadays, visitors could easily mistake the temple for a large pile of bricks. It was possible to climb to the top of the temple using stairway for beautiful panorama over the river, Mingun village and Myatheindan temple. After strong earthquake of 2012, it was prohibit reaching to the top. The guards of massive temple, 29 meters high lion statues faced to the river were also hit by earthquake and remain only posterior part of the body.