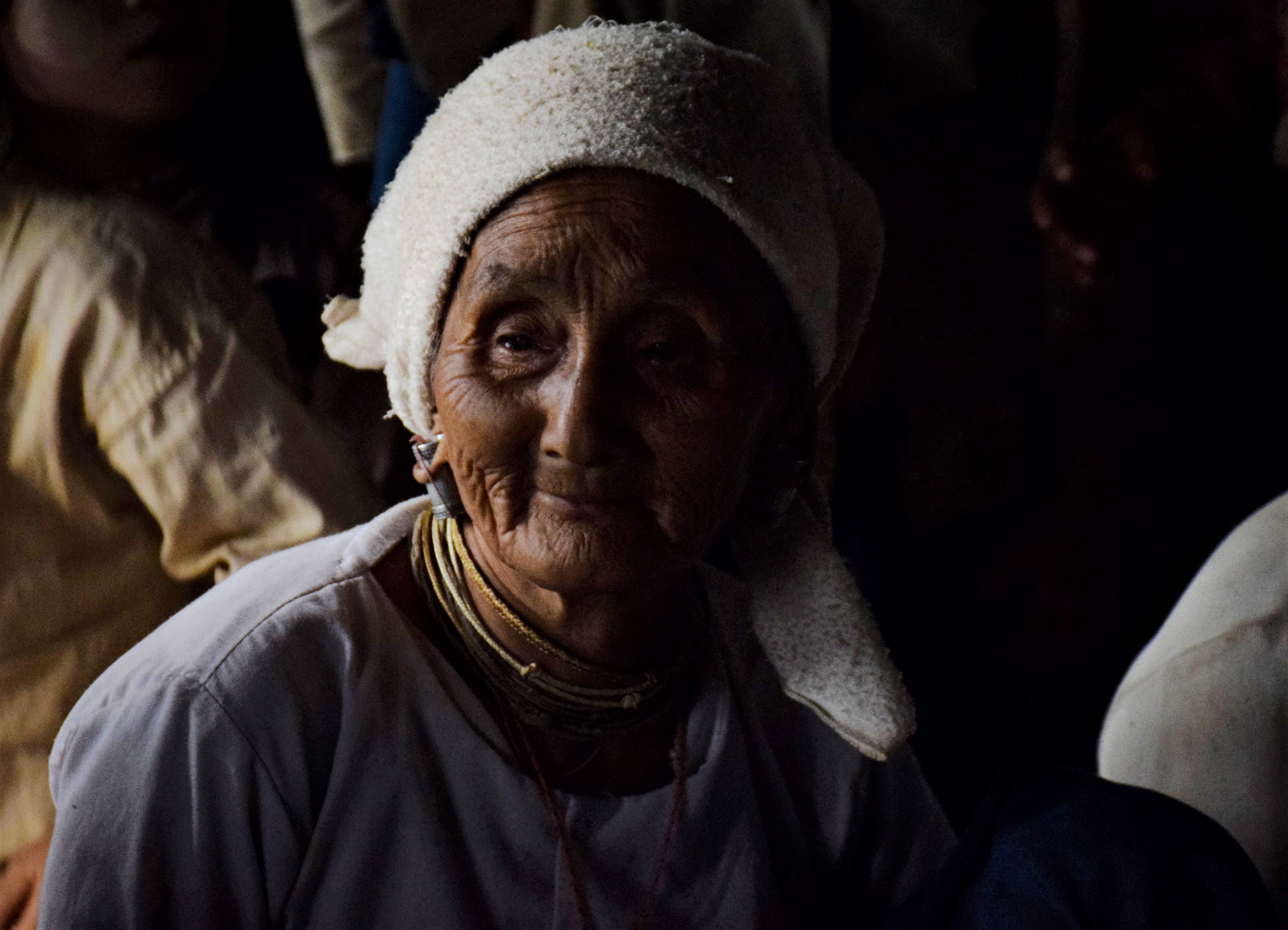 Their traditional dress is white blouse and blue longyi. Their beautiful daily ornament is silver ear wearing and twisted bamboo rings around the neck. Their new traditional blouse is shining white.

After washing several times with water from stream that they daily use which is quite muddy made their blouse to yellowish color.

Living on the Peak of High Mountain, there is no road for communication to the city; there is narrow lane just for paddler, takes 3 and half hours walking from the base of the mountain to the village.

Some villagers use motorcycle to transport their product up and down but it is really dangerous and adventurous especially during raining season. They have very limit land for cultivation and do not have enough products for their living. 9 months a year they suffer from bad weather, heavy rain and very cold.

They have very simple life. When they need to build the house they work together. 11 years old boys has amazing skill of making house. Some ladies make thatch for housing, some ladies sewing for their clothing, some make bamboo baskets, group of boys and men make house.

There is no kindergarten in the village, five years old child care for their younger brothers and sisters. They help and take care each other. They all follow the decision of head of the village.

Lahushi tribe use to build their villages on the top of High Mountain gets heavy rain fall and very cold weather. They make house as bungalow type, long leg with balcony in front of the house.

To keep warm, fire place is in the middle of the house and fire is always set, a small room is at the corner of the house. All family members use to sleep around the fire place during cold season.

The house is always smoky. It is nice having chat and breakfast around the fire place. There is no water supply electricity in the village; each family has to arrange to get water.

Originally they are animist. Now most villagers practice Buddhism. They have very simple religious place at the head of the village.

How to get Lahushi tribe village

After driving 35 minutes from Kyaing Tong, gets to wa village called Kwen Kin and leave the car, start to trek. Lahushi village is on the peak of High Mountain, may take around 3 and half hours will pass two villages.

It may be hard trek for some visitors as it takes 3 and half hours up and 2 and half hours down. Due to hard trek very few visitors get to the village.  Trekkers who like walking on High Mountain, beauty of nature and who do not like touristic place should choose to visit Lahushi tribe village.

It is recommendable to wear light cotton dress and good walking shoes. Shouldn’t forget to bring sunblock, hat, raincoat, mosquitoe repellant, minimum 2 bottles of water and food for lunch. Bringing some present for villager is a good idea when you visit tribal villages. Local guide use to suggest what should bring to the village.