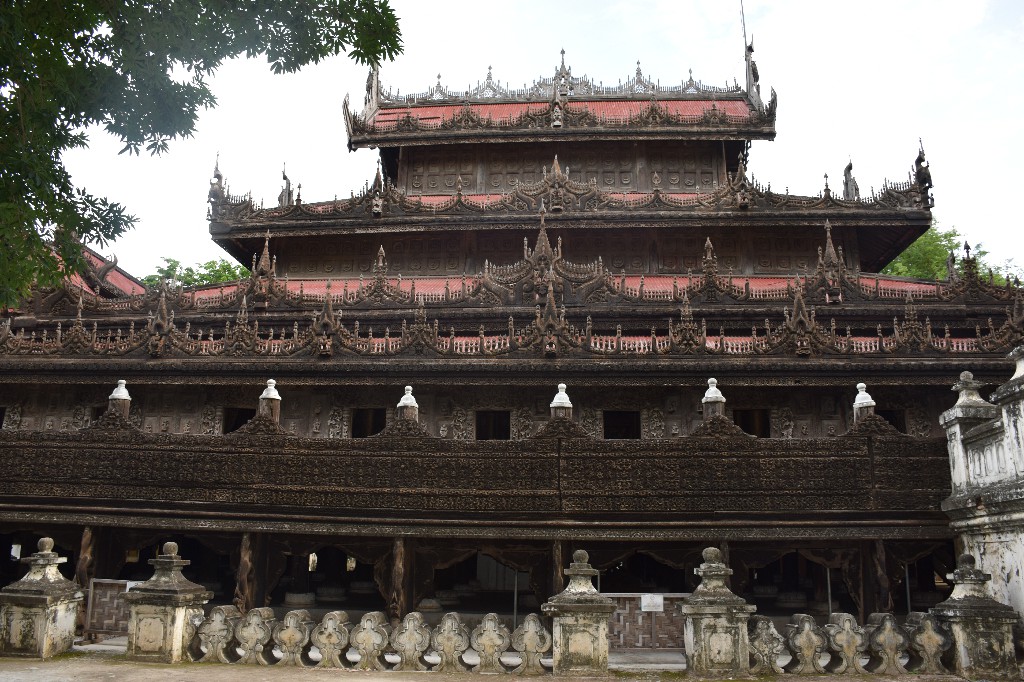 It is said that Thibaw used to come here for meditation. Originally the whole building was gilded in real gold leaves, now under the celling outside and the whole inner body can see original it.

At the base, the exterior line of wooden pillars are supported by elegance dragons. Beautiful teak pillars inside the building with original gold paint support the whole bungalow from the base to the top. At the center of the building there is Buddha statue on the alter, in which it was the place of Lion throne of King Mindon.

Some of the interior pillars with beautiful intricate wood curving narrate about Jataka. Interior part near Buddha statue, the shrine was well decorated with green glass panels which are valuable presents of Italy. There is a collection of some 19th century wooden furniture in the second hall. Some interior pillars are well decorated bass relief of Myanmar traditional lacquare some in the second hall see beautiful classical columns.

It is quite clear that wood curving mainly decorated on the panel of the main doors are not oriental Myanmar traditional design, highly influenced by western floral design. Many statues on the inner and outer walls of the building are very special as those are not single figures. One statue is step on the hand of another statue point out the union of living being.
Next to the main wooding building there are 2 brick building as the place had been used as monastery until 1996.