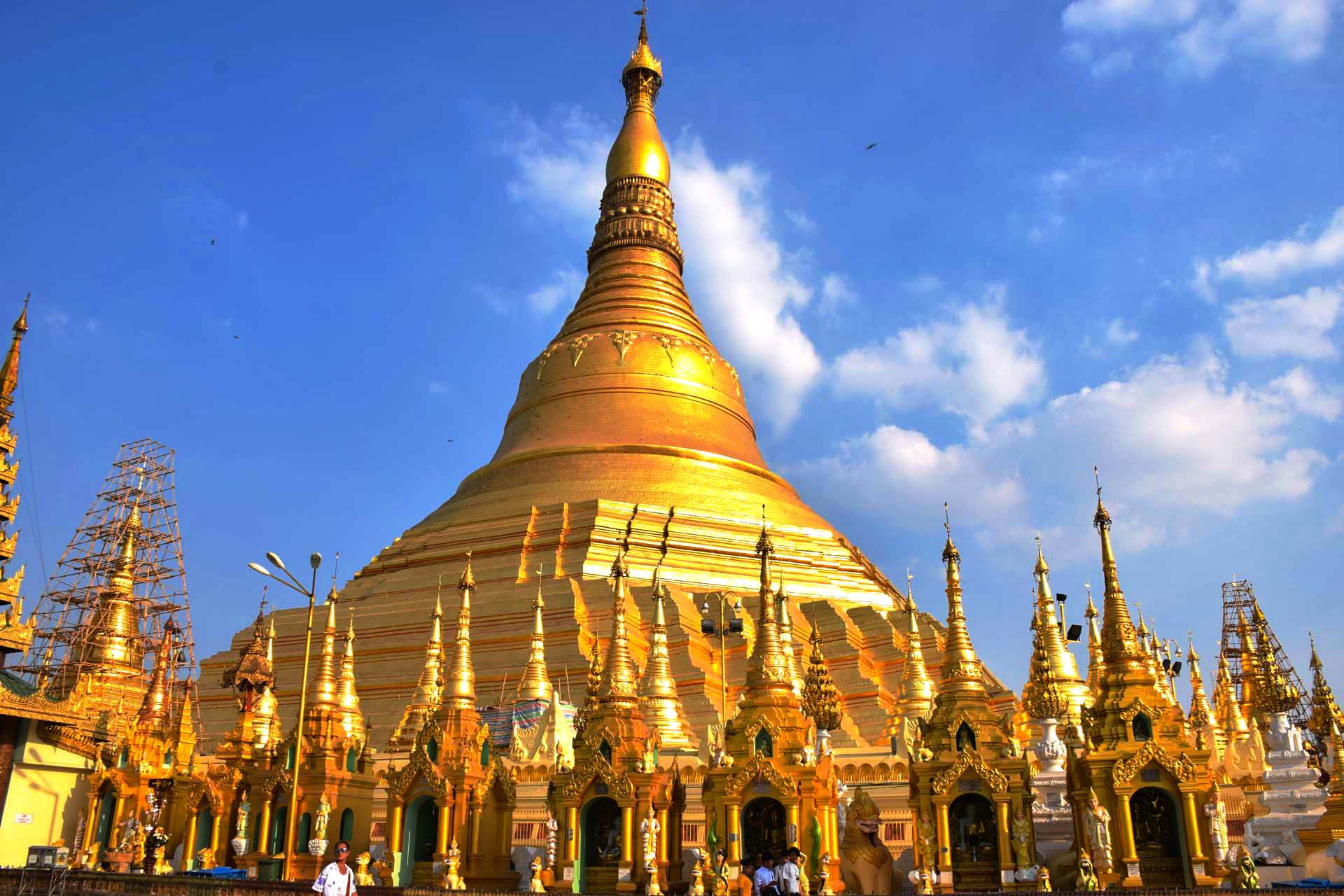 Stupa – Zedi in Myanmar language is solid type, which is a relic chamber. Sanchi stupa in India is the earliest stupa in the world donated by King Ashoka in 3rd century BC. Ancient Pyu civilization between 1st to 9th century strongly linked with Indian culture.

They build religious monument in Bagan . The bulbo shape stupa Ngakwengadaung was built by ancient Pyu at the end of 9th century and well-known as the oldest stupa of ancient Bagan. It means Pyu style stupa (cylindrical shape) transformed into bulbo shape stupa in Bagan.

Pyu and Mon architects built thousands of religious monuments (stupa and temples) in Bagan Empire. After meeting Pyu and Mon architecture Bulbo shape stupa changed to great stupa with bell shape dome and 3 square terraces with stair way at each cardinal point and decorated by corner stupa at each corner of the terraces. Bell shape dome brings to conical shape with many rings and end at the top with the form of seed of Chaya. Such kind of stupa well known as prototype of Myanmar sutpa. There are many Myanmar prototype stupa in Bagan, Shwezigon is one of them.

Late 11th centuries, some stupa with niches for Buddha image at Bell shape dome can be found in Bagan.

Some stupa are hollow type with Buddha images inside. Such kind of sutpa is called  Odeikha Zedi  or Symbolic Stupa.

Stupa is solid type nobody can go inside. From architectural point of view, architects could decorate at very little space. And for visitors very hard to pray sunny and raining day.

Architects started to think to add shrines with Buddha image nearby the central stupa.

Late 17th century, bell shape of stupa gets longer and thinner, more rings and banana bud which is upper part of bell shape makes stupa more elegant and Hti or umbrella which is on the top. Four main shrines of the central stupa usually made of brick and well decorated with wooden spire on top. Stupa has big platform and possible to donate many small stupas, temple and shrines around.